This will be my final entry on our 2019 trip to the UK.  I'm not going to bore you with details of all that we did and what we ate (though I unexpectedly find I like Haggis!).  When you go yourself, you'll find and have your own adventures, but I hope I can offer a framework to make that easier by describing what worked for us.

After checking into our Edinburgh hotel, we spent a day touring the city.  One highlight was walking around the old ruins of the 1128 Holyrood Abbey behind the Palace of Holyroodhouse (The Queen's official residence in Edinburgh).  Here are a few photos from that enchanting and thought-provoking place. 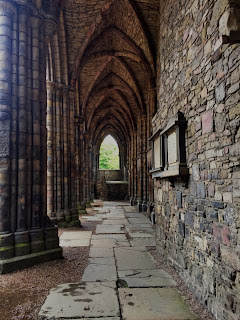 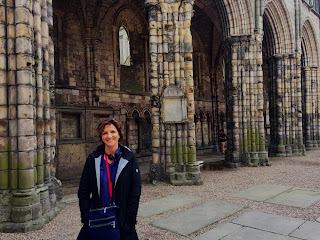 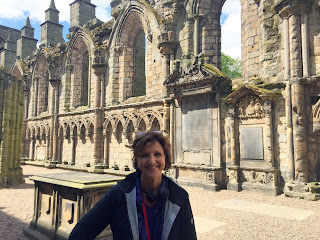 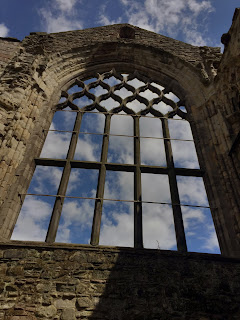 Iona, Mull and the Isle of Skye

After our day touring around Edinburgh, we boarded our 15-passenger bus for a 5-day tour of Iona, Mull and the Isle of Skye conducted by Rabbi's Tours.  I'm not a fan of tour busses, but Rabbi's is "special" in that their tours are conducted in small coaches that don't overwhelm the places they visit and, because the coaches are small, they can go to some out-of-the-way locations that other tours can't.

One such place is the end of the world.

Well, not really, but it is a location accessed by traversing multiple roads over which only one vehicle can travel at a time - and good luck if you meet someone coming the other way!

That place is the Neist Point Lighthouse; spectacular in its beauty and isolation.

Here are a few of photos from there. 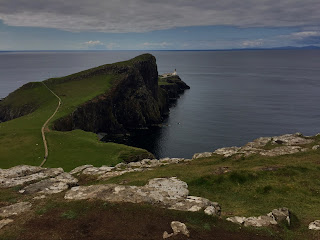 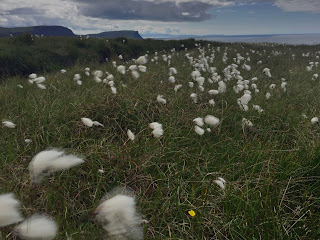 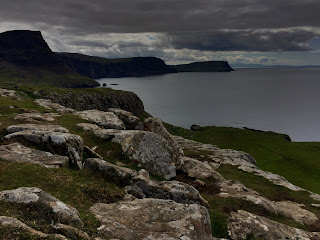 And a short panoramic video

One stop on the tour was Fort William, which was interesting in its own right.  What piqued my interest about Fort William, though, is that it an endpoint on the Scottish West Highland Way.
The West Highland Way is a 96-mile hiking route that takes you through beautiful, isolated areas, but which has villages along the way that are spaced such that, if you can pace your hike, you can sleep in a bed every night.
Below is an abbreviated map of the West Highland Way, adapted from the one on westhighlandway.org that organizes the route into several segments, each of which is do-able in a single day.
There are even multiple services that will ferry your luggage from one stop to the next every day!
Definitely something that Señor Trail wants to do!
Follow the link to westhighlandway.org and you'll find all kinds of resources.

The other major highlight of this tour was the small island of Iona.  But the highlight was not so much Iona, but what you can do from Iona.  Specifically, we were able to board a small skiff and go to the even smaller island of Staffa!  Staffa is the location of "Fingal's Cave" which which inspired Mendelssohn to compose his Hebrides Overture.  Here is a photo of Fingal's cave. 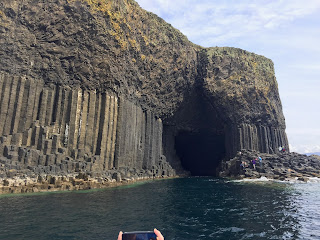 Staffa is also home to a tribe of friendly Puffins!  Around the corner from the cave is a dock from which you can climb to the top of the island and hike to a location where these Puffins have learned that humans scare away their natural predators.  The result is that the Puffins "appreciate" the presence of we humans and don't immediately vacate the area when we approach.  Here are some photos of the climb from the dock, the hike on the top of the island, some of the Puffins we saw and other images of Staffa. 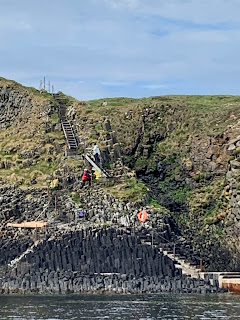 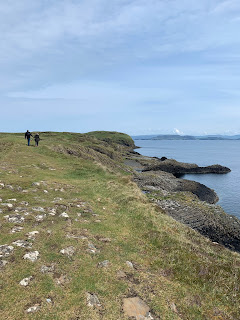 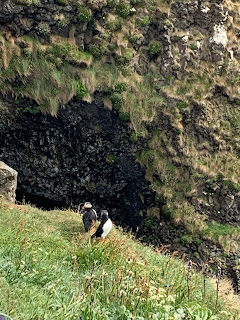 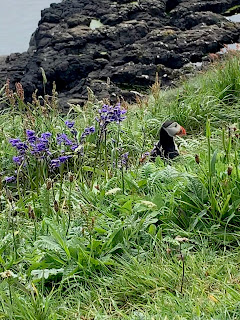 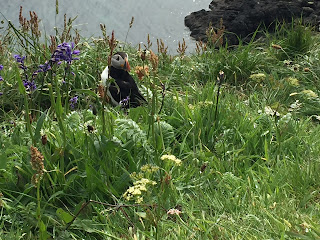 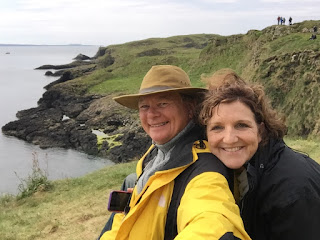 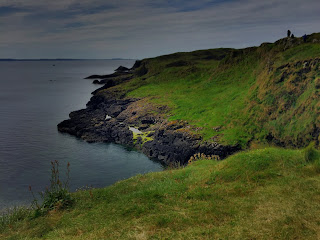 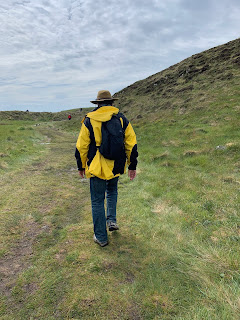 The last thing we did was go to Hadrian's Wall - again via an enjoyable Rabbi's Tours offering.  Some of the commentary at one of the sites along the wall gave me pause to consider that history is made by humans and we haven't really changed in a looooong time.  In particular, in history books we are told that the wall was constructed to provide a barrier between the Roman Empire and the marauding Pict and other tribes to the North.  However, one theory that I can certainly believe is that Hadrian's Wall was a "make work" project to keep otherwise idle Roman soldier hands busy during their long, lonely posting in this remote and desolate part of the Roman Empire; "Idle hands are the devil's workshop", you know.
Here are some photos from our short time traveling to and hiking along a short section of Hadrian's Wall. 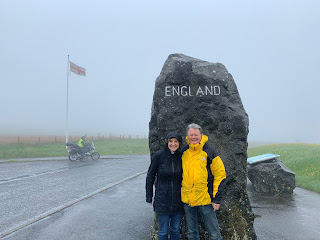 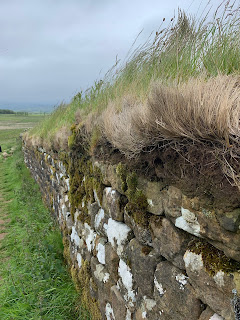 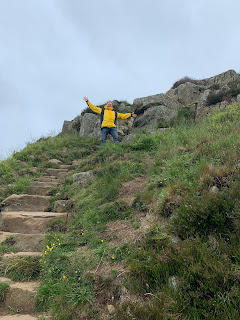 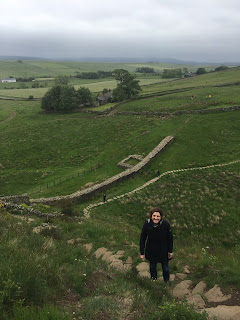 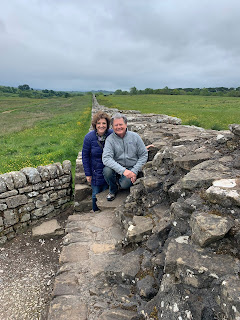 We saw and enjoyed many other things in Scotland, but I recommend you go there yourself and see what you can find!